We have developed a meaningful yet somehow distanced relationship with a woman we call Kaka Asabe (The grandmother of Asabe).  It's been nine years that we have received the occasional visit from this petite, solemn woman, years of hard living woven into her eyes, ground into her rough, thick hands.  She lives in what used to be a village, enveloped by Jos city, across from our church in our former neighborhood.  I have great respect for her determined, continuous efforts to raise and provide for her five grandchildren who are at our house daily for after school tutoring.

During this holiday, we had a great delight, truly one of the greatest joys I have living in Nigeria. Kaka came to the house to bring us Christmas greetings. Kaka speaks Berom, a language with over 100,000 speakers.  The Berom audio Scriptures just became available, and Zach played the Christmas story from the Berom audio Bible. He asked, "Did you understand it?"  "Very well!  I understood everything!"  I asked her if she wanted the Bible, and she said, "I can't read!"  I told her this was one she could listen to. Her hand, leathery from hard labor her whole life, slowly learned to press the small buttons after lots of repetition.  She returned the next day to practice again, bringing a younger girl with her so she could help her work the small radio in case she forgot how to use it. 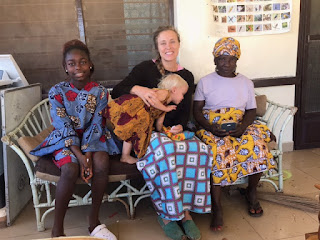 When I finally put the radio into a  gift bag and said in Hausa, the only language we share, "I hope you will listen to it both alone and with others...even at work!" (I said as an inspired afterthought, imagining the ally where she sells locally made beer.)  A big smile came to her face and she exclaimed, "They will really love it!  They will listen!" I asked, "Do they speak Berom?"  Indignant, she replied, "Of course!"  I imagined the Word who had become flesh, speaking to these men and women as they sit on the benches throughout the night hearing these beautiful words before staggering away down rough uplanned roads going home.  The thought made me smile...who knows what path they will take then?

We are praying that no one will take the Word from Kaka by removing the memory card with her language Scripture on it, and that the Word speaks into that darkness and draws everyone who hears it into his glorious light! 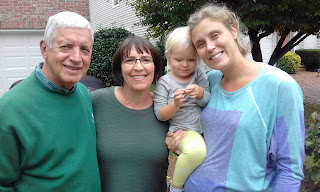