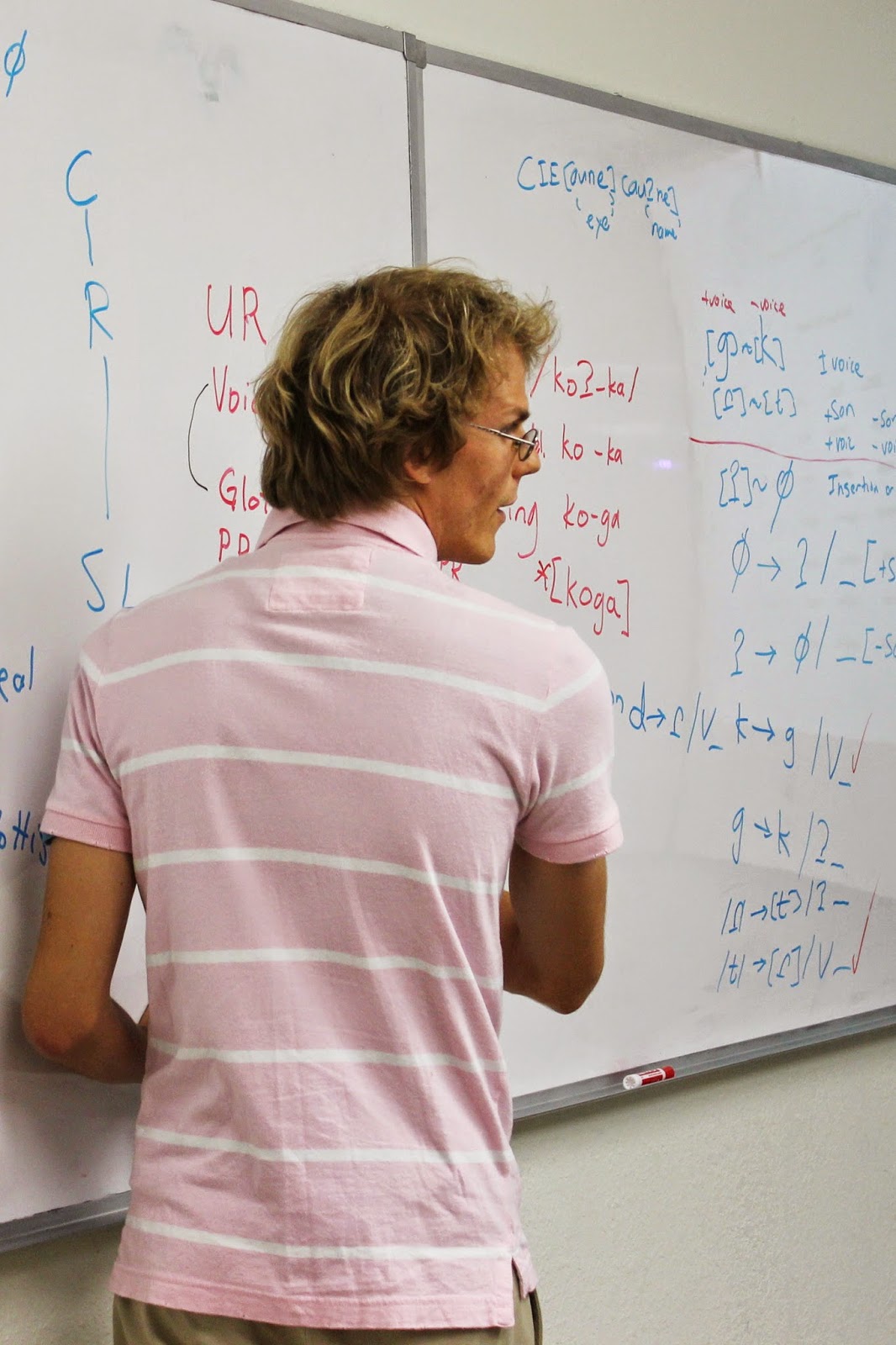 “Not many of you should become teachers, my brothers, for you know that we who teach will be judged with greater strictness.” James 3:1 (ESV)


I know that James was writing about teaching in spiritual matters, but I find any kind of teaching to be a humbling activity.  It seems so simple until you actually try it.  These past two months I have had the opportunity to “try” teaching, by being the teaching assistant for two courses.  I have had my ups and downs.
Today was a sort of middle-day.  I walked into my section of Phonology “lab”.  In Phonology we study how the sounds of language work.  Steve Parker, Josiah Walters, and I rotate between three groups of five students, helping them work through real life language data from six of the seven continents.  Today it seemed to go fairly well.  We looked at Southeastern Puebla Nahua, a Mexican language that doesn’t allow two consonants in a row.  We had a lot of interaction and I anticipated some of the issues.  I even let the students explore an analysis which was less helpful, so they could learn to what to do when they “start off on the wrong foot.”  The only problem was we ran out of time at the end, so I rushed and didn’t explain everything clearly.

I’ve had worse days!  Once the conversation was so mixed up we were all lost as to what each other were saying.  Another day, I gave such a jumbled presentation that I could tell the students had no idea what I was talking about.

But God has been so gracious in the process.  (Thank him with me!)  One day, when I hadn’t prepared well (okay, hadn’t really prepared at all), we had a lesson on tone.  That same day, Coleen Starwalt, with years of experience on tone happened to sit in my section!

It is easy to get lost in the abstraction of phonology and forget why we are doing all this.  One day I was sitting at my desk and I had just finished grading.  Before me sat a stack of seven student’s homework, each of which discussed how they might improve an alphabet in some language none of us had ever hear of.  Suddenly it struck me.  These students we were working with will probably someday soon be scattered all over the world, helping different people groups create alphabets and translate the Bible into their languages.  We may have made some mistakes along the way, but by God’s grace, they are learning something new.  We are a small part in impacting perhaps thousands or even millions of people around the world.
By Zach - October 08, 2014 No comments:

Family '84 This is part three of a blog series on building hope through remembering faith.  See previous posts for background.  I knelt... 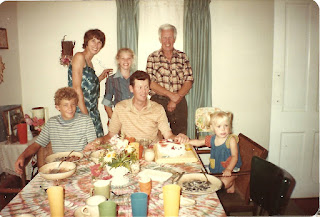