This is why I am alive

"That is why I am alive."  The words caught my attention in a new way.  We often talk about "what is worth living for" and the purpose of our lives, but the way John said it, it carried a different meaning that day.  It was my birthday and also happened to be my first day back in the office after being away quite a long time.  Christy had left the house with Mariama for the third time in Mariama's life to celebrate me, and was in the kitchen chatting with John.  I happened to come in on the middle of their conversation.

". . . sometimes in the morning I feel tired,"  John was saying, "but when I start sharing with people about why Bible translation is so important suddenly I have energy."

I could guess the previous conversation.  Christy had probably been asking about the Ministry Partner Development (MPD) that John had been doing.  John had been traveling all over town and meeting with about four potential partners each day, many people he had never met before.  He would share with them the vision of why Bible translation is so necessary for discipleship in Nigeria and ask them to become a part of the team.  He would also get phone numbers for more people he could call, and then call them in the evenings.

Then John shared the convicting statement.  "That is why I am alive."  He could have died already in one sickness or another, or the car accident a couple of years ago where other passengers died.  But he is alive . . . and he knows it is for a reason.

Many of you have been praying for my health over the last several weeks.  From July 1 for five and a half weeks I was so sick that I did not go to the office for a single day.  During the total sickness (which actually started in May) I had malaria three times lasting five days each.  Christy changed the sheets on our bed nearly every night because of sweating, sometimes twice a nights.  It was actually quite intense.

There were several times during the sickness that I felt an incredible closeness with God.  He spoke to me with specific Scriptures, and once as I sang a modified Psalm of praise, it was as if God himself was singing over me.  There were other times when I was so tired I could hardly think to pray, but I could listen to the Bible on my phone (you can listen to audio Scriptures for free online, by the way, and if you have a smartphone you can download them with various apps like Bible.is or YouVersions "Bible" app).  By the time I was better I had listened through most of the new Testament, some books several times--though not always awake! :)

During the days of sickness, besides the Scripture messages, there was another lesson I was thankful for.  I had been praying since last year that God would teach me humility, because I was increasingly finding my pride to be disgusting.  Suddenly, in this sickness, I had an avenue to experience that "all men are like grass".  I used to take a lot of pride in my work, in my mind, and in my physical strength.  (As I write this, I want to go back and edit away the words "a lot of", because it doesn't make me look good, but maybe it will help you all to pray more, so let them stand!)

When I got sick I realized that work went on without me, no one called to ask me questions about what to do or not to do in the office.  They may have missed, me, but they were able to do without.  As I became very tired I found I could not think as well, and at times I could not remember even the simplest things, like why I had gone into the bathroom, or what I was planning to say.  Also, my physical strength was pretty much gone.  I would just walk back and forth between the bed, my couch, and the bathroom.  Where did my strength and my mind and my ability to work come from in the first place?  The devil wants me to be proud and say it is from my studies, hard work and exercise and maybe that of my parents.  The sickness proved all of that is a deceptive lie.  I am alive only because God gives me life.

As I began to get better there were days I would feel stronger.  I felt excited just to be able to walk outside and get a gift from the car or to open the gate for someone.  Later I could carry buckets of water.  Then I could walk all the way down to a prayer meeting in our neighborhood.  Each time, I would feel that I was pushing my limits, so I would go back to resting, but I was glad for the freedom that was coming with recovery.  I found myself wishing I was well enough, so I could help Christy by washing dishes!


* * *
Now, after all that, you may be in danger of thinking I am some kind of a hero.  Actually, the whole point of telling this story is to show you how much I need prayer.  Just keep reading and it will be clear!

I think I mark the day Christy's parents arrived as the day I was officially well.  Actually it wasn't that simple, because the healing was so gradual that there wasn't really a single day I was better.  They even recall that the first few days they were here, I was still easily tired by simple things.  However, now I can tell you with certainty that I am feeling strong.  I walk where I want to walk, I carry what I want to carry, and I don't feel sick or tired.  It is truly liberating.   Praise and thank God with me for life and health! ! ! ! ! ! !

On Friday, however, I was sitting in a funeral service when suddenly it struck me.  Here only a few weeks after I recovered, I was falling back into the same patterns of pride as before my sickness.  I was thinking of myself as smarter, better educated, more important in the kingdom of God . . . . No! I could never think such things in the conscious part of my mind, but I realized that those kinds of thoughts deep inside were directing the way I interacted with the people around me in the service.  I suddenly though of John's words the day before "that is why I am alive" and I realized I desperately need your prayer.  That's why I wrote this blog post.

Please pray for me not to forget the lessons I learned during the sickness!  Please pray for me to continue to grow in humility!  Can you believe that after spending so much time listening to Scripture, during the visit of Christy's parents we had no regular pattern of Scripture intake?  Can you believe that just after asking you to pray for humility, I want to qualify more so you don't think too poorly of me, trying to take the few times of Scripture memory, devotionals and make you think "Zach is not doing to bad" or maybe even "hey, Zach reads the Bible more than I do."  No!  What I want is for you to pray for me to be in the Word, a LOT, especially during busy times... like today, when I rushed off to the office without sitting a moment to pray or read a verse of the Bible.  Please pray with me!  I know God will hear, and he will answer.  He loves these kinds of prayers. 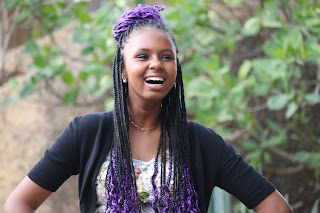